The NAJAS/KKC Business Speaker Series was held in Nashville, Tennessee on March 9, 2018 in cooperation with the Japan-America Society of Tennessee. Mr. Kenichiro Ito, CEO, Denso International America and U.S. Senator Lamar Alexander were invited as speakers.

Mr. Ito gave an overview of Denso. He described the company’s founding in 1949 and its investment in Tennessee in 1988. Denso has 154,000 employees worldwide, of which 16,000 are in U.S. Denso has been expanding its business in U.S., increasing its sales and manufacturing companies and strengthening R&D functions. He explained Denso’s effort in Tennessee to increase its production capacities and employment. He also shared the recent paradigm shift in automobile industry, particularly in the field of automated driving. Denso is now focusing on the development of technologies related to automated driving such as sensors, semiconductors and actuators etc.

Senator Alexander described his early efforts to recruit Japanese investment into Tennessee, saying that he had been inspired by then President Jimmy Carter’s encouragement and realized that Tennessee’s central location made it attractive for market access. He noted that Denso had invested in Tennessee after the state had lost out on a Toyota factory (now in Lexington) and called it a silver lining for the state of Tennessee. Senator Alexander addressed the state of the U.S.-Japan relationship and the current controversy over tariffs. 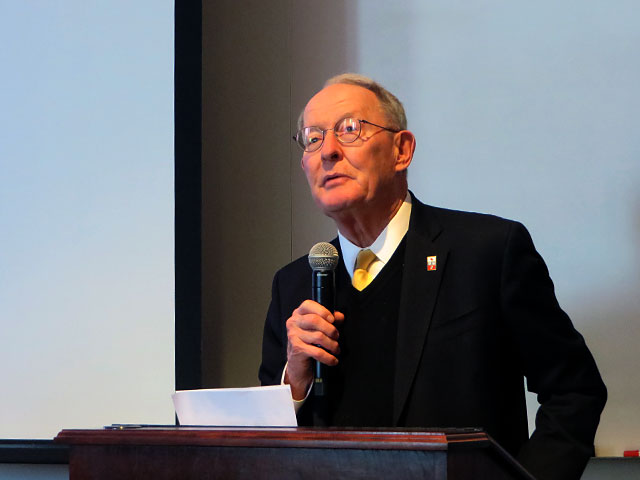